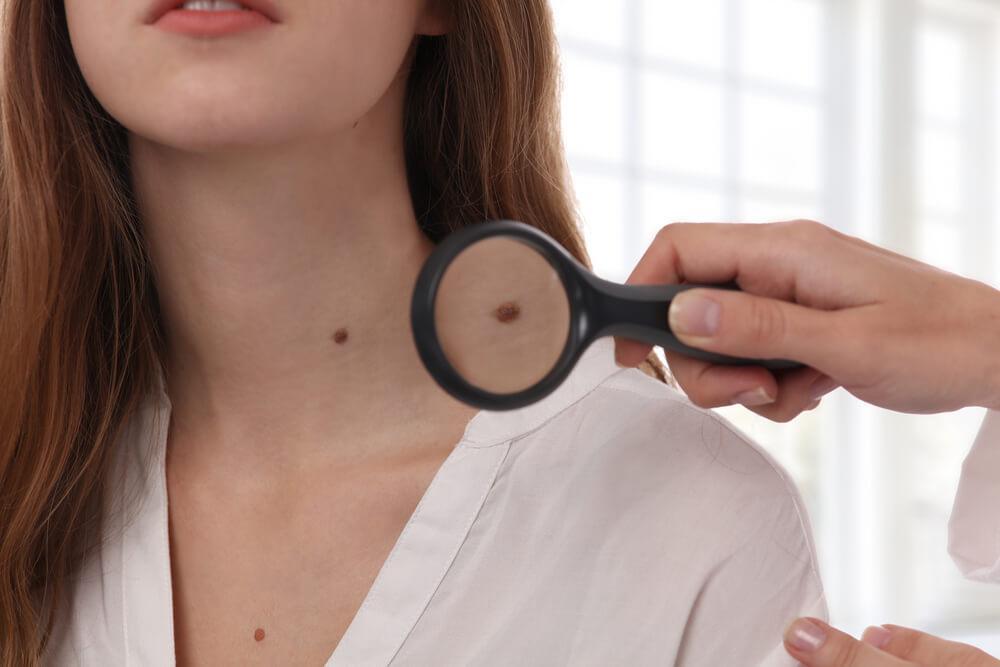 Moles are very common among people of all ages and skin colors. Most are benign, causing no reason for alarm. However, some moles can be hiding skin cancer, which is the most common cancer in the U.S. Other moles, though previously benign, may evolve into cancerous lesions over time. It is important to keep an eye on moles and check each of them monthly for changes in color, texture, shape, size, and symmetry. Moles that begin to change, itch, or bleed should be evaluated by a dermatologist immediately.

that nearly everyone has, at least, a few moles? These highly common skin blemishes occur in greatest prevalence among fair and light-skinned people, who can have 20, 30, or even 40 moles without causing concern. The vast majority of moles never cause any complication, so there is no need to worry when one appears. However, it is important to keep an eye on them to ensure they do not begin to show symptoms of something more serious.

Should I see a dermatologist to have my moles examined?

You should see your dermatologist at the first sign of any skin changes. If you have never been to a dermatologist, schedule an initial visit, and return each year for an annual exam. Your dermatologist will examine your moles, noting their features. If one or more looks suspicious of malignancy, your doctor may order a biopsy.

How will my doctor want to treat moles?

Chances are your dermatologist will not treat your moles at all unless you are bothered by their cosmetic appearance or when they rub up against your clothing. However, moles that appear cancerous may be removed during a standard office visit. Dermatologists can excise the mole from the skin by cutting it out and stitching the wound shut. Another way of removing a mole is using a surgical shave, during which a surgical blade is used to carefully ‘shave’ the mole off. Never attempt to shave your own moles off, as this can cause infection, disfigurement, and worse – it could allow skin cancer cells to spread if present.

What should I expect after having a mole removed?

Your skin will be stitched and bandaged at the site of the excision. You may be instructed to avoid certain physical activities during the healing period. Contact your dermatologist immediately if your mole comes back.